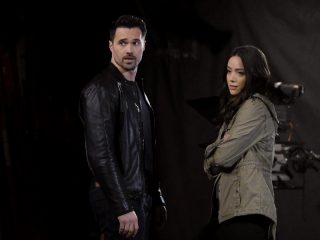 Daisy and May fight to escape from Hydra and elude pursuit after the former agent’s change of heart, while Coulson worries about the future of S.H.I.E.L.D. After Aida is critically injured, Fitz sets her final endgame into motion.

"All The Madame's Men" - Daisy finds herself teamed up with an unlikely partner. Meanwhile, Aida prepares to put her ultimate end game into effect, on "Marvel's Agents of S.H.I.E.L.D.," TUESDAY, APRIL 25 (10:00-11:00 p.m. EDT), on The ABC Television Network.