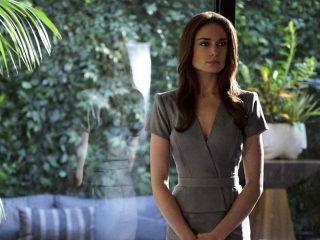 Written By:
Brent Fletcher
Directed By:
Garry A. Brown
Our Rating:

Director Mace and Daisy team up to look for a newly-emerged Inhuman, who they now know to be Senator Nadeer’s brother. Radcliffe and Fitz are ordered to erase any memory of the Darkhold from Aida, but get more than they bargained for when they confront her.

AGENT MAY'S DEADLY SECRET COULD DESTROY COULSON AND THE TEAM, ON ABC'S 'MARVEL'S AGENTS OF S.H.I.E.L.D.'

"Broken Promises" - Though Coulson and May are growing closer, Coulson remains unaware of the dark secret May is hiding beneath the surface. Meanwhile, Aida is unrelenting in her search for the Darkhold, on "Marvel's Agents of S.H.I.E.L.D.," TUESDAY, JANUARY 10 (10:00-11:00 p.m. EST), on the ABC Television Network.