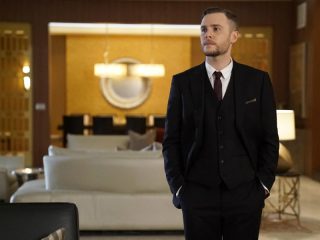 Written By:
DJ Doyle
Directed By:
Oz Scott
Our Rating:

Upon entering the Framework Daisy and Jemma find a work where S.H.I.E.L.D. has fallen, Inhumans are hunted, and Hydra runs a dystopian police state. While Daisy works as a Hydra agent Jeffa fights to elude arrest, and their friends appear to play their new roles with no knowledge of who they really are.

HYDRA HAS WON, AND THE WORLD IS UPSIDE DOWN, ON ABC'S 'MARVEL'S AGENTS OF S.H.I.E.L.D.'