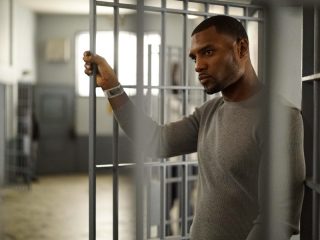 Their search for the Darkhold book leads May and Coulson to a high-security prison, where they are trapped and in need of rescue after the ghost psychosis comes over the warden. Jemma worries about her ability to keep Dr. Radcliffe’s secret when she must pass a high-tech lie detector for S.H.I.E.L.D.

GHOST RIDER'S THIRST FOR VENGEANCE WILL DESTROY THE TEAM, ON ABC'S 'MARVEL'S AGENTS OF S.H.I.E.L.D.'