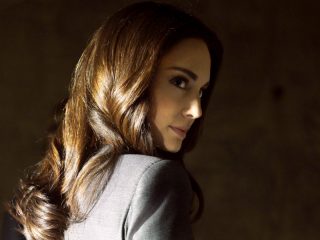 Written By:
Matt Owens
Directed By:
Wendey Stanzler
Our Rating:

The S.H.I.E.L.D. team launches a rescue mission inside enemy territory after Mace is captured, leading to a showdown with Anton Ivanov. Meanwhile Fitz wrestles with the moral implications of his work.

A DEADLY TRAP LURES COULSON IN TO SAVE MACE, ON ABC'S 'MARVEL'S AGENTS OF S.H.I.E.L.D.'

"The Man Behind the Shield" - Mace fights for his life while Coulson and team find themselves in a deadly cat-and-mouse game as they attempt his rescue, on "Marvel's Agents of S.H.I.E.L.D.," TUESDAY, FEBRUARY 14 (10:00-11:00 p.m. EST), on the ABC Television Network.