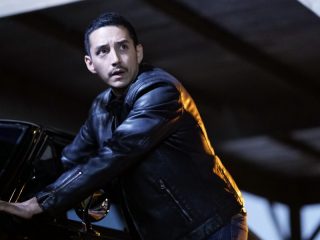 Written By:
Jeffrey Bell
Directed By:
Billy Gierhart
Our Rating:

After Daisy reunites Gabe with his brother she learns the truth about how Robbie became Ghost Rider, while they hide from Director Mace — who is on a warpath looking to bring a killer to justice.

THE TERRIFYING ORIGIN OF GHOST RIDER IS REVEALED, ON 'MARVEL'S AGENTS OF S.H.I.E.L.D.,' ON ABC

"The Good Samaritan" - Robbie's shocking story on how he became Ghost Rider is finally discovered as Coulson and his team's lives hang in the balance, on "Marvel's Agents of S.H.I.E.L.D.," TUESDAY, NOVEMBER 1 (10:00-11:00 p.m. EDT), on the ABC Television Network.