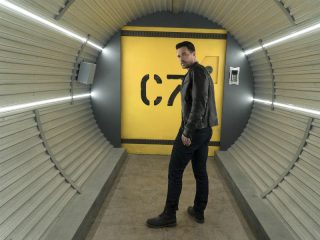 Written By:
George Kitson
Directed By:
Garry A. Brown
Our Rating:

While Simmons and Coulson get themselves deeper into the resistance movement, Daisy looks for intel on the location of Holden Radcliffe in the hopes of finding a way out of the Framework. Meanwhile, Mack and his young daughter try to stay under Hydra’s radar.

THERE'S NO WAY OUT FOR DAISY AND SIMMONS, ON ABC'S 'MARVEL'S AGENTS OF S.H.I.E.L.D.'

"Identity and Change" - As Daisy and Simmons struggle to discover an escape route to the real world, the identity of the Inhuman leader of the Resistance is revealed, on "Marvel's Agents of S.H.I.E.L.D.," TUESDAY, APRIL 11 (10:00-11:00 p.m. EDT), on The ABC Television Network.