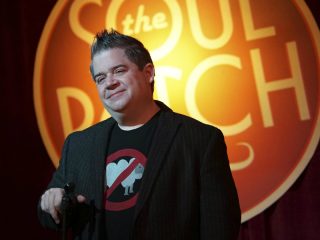 Written By:
Craig Titley
Directed By:
Nina Lopez-Corrado
Our Rating:

After Agent Billy Koenig is captured by the enemy in search of the Darkhold, his brother and the rest of S.H.I.E.L.D. turn to another member of the family to try and rescue him. Meanwhile Fitz attempts to probe his new L.M.D. prisoner, and May draws closer to fulfilling her secret mission.

THE KOENIGS ARE BACK, AND THE FATE OF THE WORLD IS IN THEIR HANDS, ON ABC'S 'MARVEL'S AGENTS OF S.H.I.E.L.D.'

Patton Oswalt Returns as the Koenigs

"Hot Potato Soup" - Agents Sam and Billy Koenig (Patton Oswalt) are hunted down to get at the Darkhold book, and only Coulson and the team can save them before the clock ticks out, on "Marvel's Agents of S.H.I.E.L.D.," TUESDAY, JANUARY 31 (10:00-11:00 p.m. EST), on the ABC Television Network.