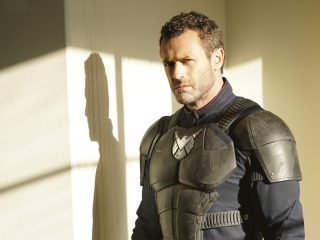 Written By:
Paul Zbyszewski
Directed By:
Eric Laneuville
Our Rating:

When the Patriot goes in search of a Hydra prisoner, Agent May agrees to become a living weapon to stop S.H.I.E.L.D.’s leader. Jemma tries to motivate S.H.I.E.L.D. by sharing the truth about their reality.