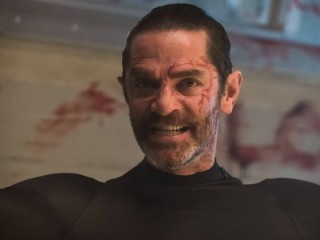 After Jim Gordon confronts Hugo Strange about his past connection to Thomas Wayne, Strange finds a way to manipulate the newly-resurrected Galavan to his own ends — forging him into a super-powered assassin.

A STRANGE DISCOVERY WILL BE MADE IN GOTHAM CITY ON AN ALL-NEW "GOTHAM" MONDAY, APRIL 25, ON FOX