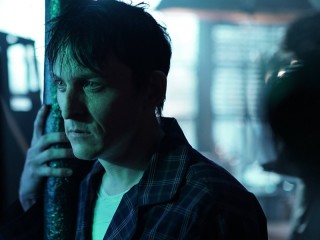 Gordon finds himself in the crosshairs of the city’s most dangerous hitmen after Tabitha Galavan puts out a hit him. Nygma tries to bond with Penguin as he nurses him back to health, and Alfred tries to prevent Bruce from seeking out Silver St. Cloud.

GORDON ENCOUNTERS ONE OF GOTHAM'S MOST DANGEROUS HITMEN ON AN ALL-NEW "GOTHAM" MONDAY, NOVEMBER 16, ON FOX

Gordon and Barnes continue cleaning up Gotham, and Gordon comes face-to-face with one of the city's most dangerous hitmen, Eduardo Flamingo (guest star Raul Castillo). Meanwhile, Nygma and Penguin cross paths again, and Bruce pressures Galavan into handing over the name of his parents' murderer in the all new "Rise of the Villains: A Bitter Pill to Swallow" episode of GOTHAM airing Monday, Nov. 16 (8:00-9:00 PM ET/PT) on FOX. (GTH-209) (TV-14 L, V)