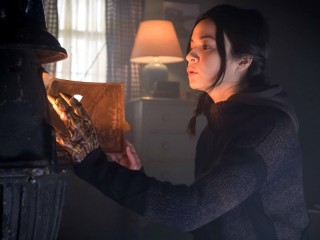 Jim finds himself reluctantly paired with a rehabilitated Barbara while looking for new information on the Wayne case. Meanwhile, Bruce follows his father’s files to a woman who has been subjected to disturbing experiments.

HUGO STRANGE PUTS A WRENCH IN BRUCE AND ALFRED'S NEXT MOVES ON AN ALL-NEW "GOTHAM" MONDAY, APRIL 18, ON FOX

After leaving Arkham Asylum, Barbara attempts to make amends with Gordon. Then, Bruce and Alfred track down one of Thomas Wayne's former friends from Project Chimera, but Hugo Strange disrupts their plans in the all-new "Wrath of the Villains: Pinewood" episode of GOTHAM airing Monday, April 18 (8:00-9:01 PM ET/PT) on FOX. (GTH-218) (TV-14 L, V)