Browse: Home / Show Archive / Gotham / Season One / Under the Knife 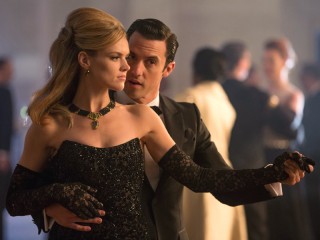 Written By:
John Stephens
Directed By:
T.J. Scott
Our Rating:

As Detective Gordon puts the Ogre in the city’s spotlight, the serial killer sets his sights on Barbara. Bruce and Selina attend Wayne Enterprises’ annual ball to expose a corrupt executive, and Oswald plots against Don Maroni — only to find his own mother in the crosshairs.

THE HUNT FOR THE OGRE CONTINUES ON AN ALL-NEW "GOTHAM" MONDAY, APRIL 20, ON FOX

Gordon and Bullock continue to investigate the Ogre (guest star Milo Ventimiglia), who begins to make his move on someone close to Gordon. Meanwhile, Bruce and Selina team up to expose a corrupt Wayne Enterprises employee and Nygma comes to Kristin Kringle's defense in the all new "Under the Knife" episode of GOTHAM airing Monday, April 20 (8:00-9:00 ET/PT) on FOX. (GTH-120) (TV-14 D, L, V)