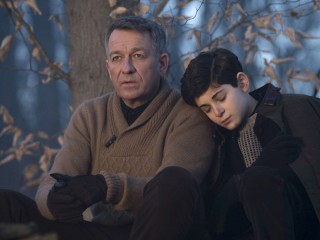 Written By:
Ken Woodruff
Directed By:
Nick Copus
Our Rating:

Gordon and Bullock continue to track a biology teacher who has been harvesting adrenal glands from his victims in order to create a “cure” for fear. Meanwhile Fish must adjust to her new circumstances inside a foreign prison, and Bruce takes a hike that proves treacherous.

DANGER COMES IN LARGE DOSES ON AN ALL-NEW "GOTHAM" MONDAY, FEBRUARY 9, ON FOX

Gordon and Bullock set out to stop Gerald Crane, a biology teacher who has been harvesting the glands of his murder victims. Meanwhile, after finding herself in an unusual setting, Mooney continues plotting to gain power, and Falcone attempts to change Maroni's plan for the Penguin. Then, Bruce takes a treacherous hike in the all new "The Scarecrow" episode of GOTHAM airing Monday, Feb. 9 (8:00-9:00 ET/PT) on FOX. (GTH-115) (TV-14 D, L, V)