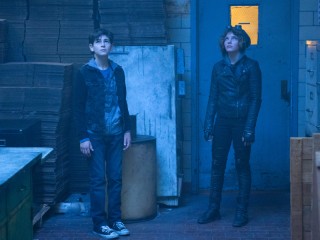 Written By:
Rebecca Dameron
Directed By:
Guy Ferland
Our Rating:

Bruce and Selina flee into the city after a pair of assassins infiltrate the Manor, leading Detective Gordon to Lovecraft’s doorstep. Alfred teams up with Bullock to find the children, and Don Falcone puts the screws to Fish.

GORDON GOES TO ARKHAM ON AN ALL-NEW "GOTHAM" MONDAY, NOVEMBER 17, ON FOX

Selina leads a new friend on a dangerous journey through Gotham to evade the assassins on her trail. Following a misstep, Gordon is reassigned to duty at Arkham Asylum in the all-new "Harvey Dent" episode of GOTHAM airing Monday, Nov. 17 (8:00-9:00 PM ET/PT) on FOX. (GTH-109) (TV-14 D, L, V)