Browse: Home / Show Archive / Gotham / Season One / Everyone Has A Cobblepot 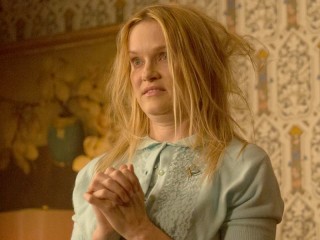 Written By:
Megan Mostyn-Brown
Directed By:
Bill Eagles
Our Rating:

After a corrupt cop returns to the force, Jim and Harvey look for Commissioner Loeb’s stash of incriminating evidence on important people. Fish must strike a deal with her captor, and Bruce determines to find the man who attacked Alfred.

NEW ALLIANCES WILL EMERGE ON AN ALL-NEW "GOTHAM" MONDAY, MARCH 2, ON FOX

While Gordon seeks information about the recent controversy with Commissioner Loeb, Fish's allegiance with the prisoners is questioned when she appears to join forces with Dr. Dulmacher (guest star Colm Feore, "The Borgias," "24"). Meanwhile, after an attack close to home, Bruce deals with the aftermath in the all-new "Everyone Has A Cobblepot" episode of GOTHAM airing Monday, March 2 (8:00-9:00 ET/PT) on FOX. (GTH-118) (TV-14 L, V)