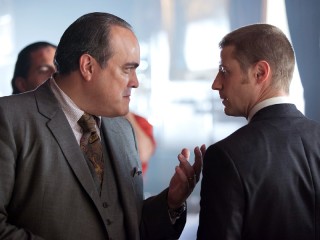 Bullock and Gordon search for a man who robbed a convenience store with help from a new, super-powered drug. Bruce investigates the role of his family’s company in the Arkham deal, and Fish continues to plot against Falcone.

A NEW STREET DRUG STORMS THE STREETS OF GOTHAM ON AN ALL-NEW "GOTHAM" MONDAY, OCTOBER 20, ON FOX