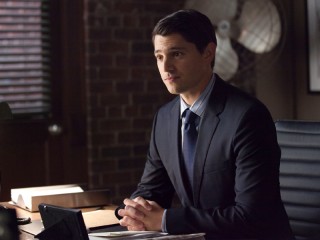 Written By:
Ken Woodruff
Directed By:
Karen Gaviola
Our Rating:

After Gordon moves Selina Kyle into Wayne Manor, an ambitious district attorney plans to use the secret witness to flush out his chief suspect in the Wayne murders. Meanwhile Gordon and Bullock search for an escaped bomb-maker, and Oswald discovers the connection between Fish Mooney and her secret weapon, Liza.