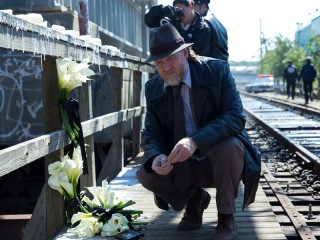 Written By:
Ben Edlund
Directed By:
T.J. Scott
Our Rating:

A killer begins targeting the children of Gotham’s elite, dredging up memories of an old case for Bullock. Gordon is publicly accused of murder.

A FAMILIAR VILLIAN RETURNS TO GOTHAM CITY ON AN ALL-NEW "GOTHAM" MONDAY, OCTOBER 27, ON FOX

When a killer begins targeting the first born of Gotham's elite, Bullock is forced to confront traumatic memories from a nearly identical case he worked in the past. Later, Gordon is confronted by past decisions in the all-new "Spirit of the Goat" episode of GOTHAM airing Monday, Oct. 27 (8:00-9:00 PM ET/PT) on FOX. (GTH-106) (TV-14 D, L, V)