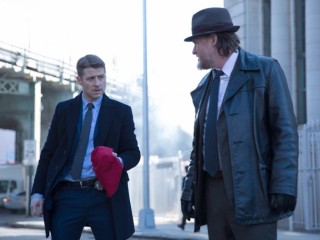 Written By:
Danny Cannon
Directed By:
Nathan Hope
Our Rating:

After a series of bold bank robberies Gordon and Bullock chase the “Red Hood gang.” Fish negotiates her new position with her captor, and young Bruce Wayne welcomes an old friend of Alfred’s into the house.

GORDON AND BULLOCK UNCOVER THE RED HOOD GANG ON AN ALL-NEW "GOTHAM" MONDAY, FEBRUARY 23, ON FOX