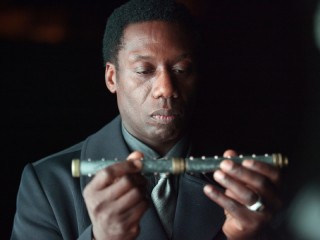 Written By:
Ken Woodruff
Directed By:
T.J. Scott
Our Rating:

On the even of a contentious city council vote over the future of the Arkham district a ruthless hitman targets Gotham politicians, threatening to start a war between the two biggest crime families in the city. Meanwhile, Oswald makes a move to raise his profile in the eyes of Maroni.

As a contentious city council vote on the future of the Arkham district approaches, politicians from both sides are in danger. Gordon and Bullock must race to protect the council and an old friend visits Gordon in the all-new "Arkham" episode of GOTHAM airing Monday, Oct. 13 (8:00-9:00 PM ET/PT) on FOX. (GTH-104) (TV-14 D, L, S, V)