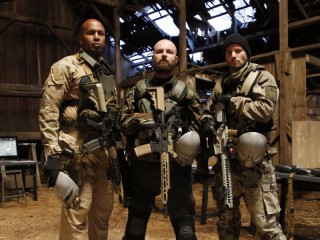 S.H.I.E.L.D. tracks a radical anti-alien group calling themselves the Watchdogs, who are being led by one of their own former agents. Mack’s visit home with his brother doesn’t go as planned, and Luke must prove himself to Coulson to earn a spot on the team.

A TERRORIST ACT REVEALS A NEW ADVERSARY, ON "MARVEL'S AGENTS OF S.H.I.E.L.D." ON ABC

"Watchdogs" - When a radical group called The Watchdogs emerges with plans to eliminate the Inhumans, Agent Mack and his brother become caught in the crossfire. Meanwhile, Simmons discovers a powerful chemical compound that could alter the future for Inhumans, on "Marvel's Agents of S.H.I.E.L.D.," TUESDAY, MARCH 29 (9:00-10:00 p.m. EDT) on the ABC Television Network.