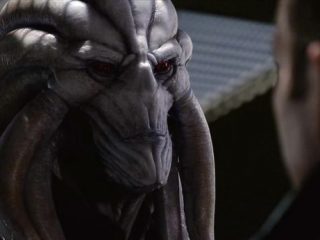 Written By:
Jed Whedon
Directed By:
Kevin Tancharoen
Our Rating:

The team fights against the creatures that have infiltrated the base, while Daisy takes on Hive directly. But after Hive hijacks the Zephyr, a handful of stowaways may be the only thing that can stop him from transforming the world’s population into monsters.

"Absolution/"Ascension" - It's a showdown a season in the making as S.H.I.E.L.D. takes on Hive, and when his master plan is finally revealed, the team must spring into action. Who will live, and who will die? Things heat up in the exciting two-hour season finale of "Marvel's Agents of S.H.I.E.L.D.," TUESDAY, MAY 17 (9:00-11:00 p.m. EDT) on the ABC Television Network.