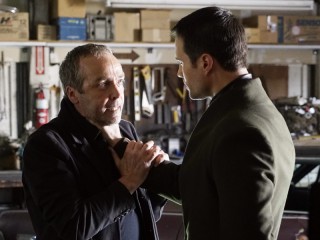 Written By:
Brent Fletcher
Directed By:
Wendey Stanzler
Our Rating:

Hive’s attempts to create new Inhumans forces him to summon an ancient enemy, while Mack fights to prove that Daisy is not completely lost to the team.

THE INHUMAN WAR ESCALATES, ON "MARVEL'S AGENTS OF S.H.I.E.L.D." ON ABC

"Failed Experiments" - Coulson and his team race to combat Hive's control over the Inhumans, as their enemy's deadly plan for the human race is revealed, on "Marvel's Agents of S.H.I.E.L.D.," TUESDAY, MAY 3 (9:00-10:00 p.m. EDT), on the ABC Television Network.