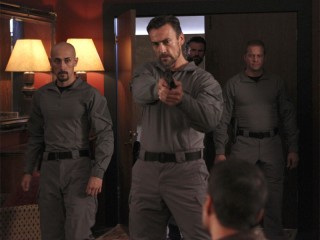 Written By:
Jed Whedon & DJ Doyle
Directed By:
Garry A. Brown
Our Rating:

Coulson brings Rosalind inside S.H.I.E.L.D. headquarters while also sending a team to infiltrate the A.T.C.U. on a fact-finding mission. Meanwhile, Ward goes in search of a Hydra vault.

COULSON UNCOVERS A NEW DEADLY ENEMY, ON "MARVEL'S AGENTS OF S.H.I.E.L.D." ON ABC