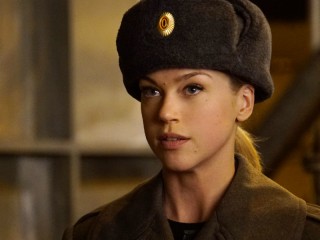 Written By:
Paul Zbyszewski
Directed By:
Michael Zinberg
Our Rating:

After infiltrating Russia to gain intel on Malick’s relationship with the foreign government, Bobbi and Hunter quickly find themselves captured and entangled in an Inhuman assassination plot.

"Parting Shot" - Bobbi and Hunter become ensnared in an assassination plot after tracking Malick to Russia. As S.H.I.E.L.D. races to save the lives on the line, the team is changed forever, on "Marvel's Agents of S.H.I.E.L.D.," TUESDAY, MARCH 22 (9:00-10:00 p.m. EDT) on the ABC Television Network.