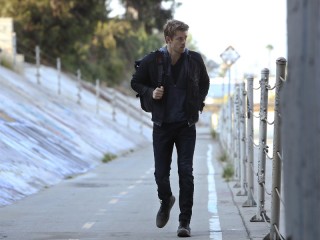 Written By:
Monica Owusu-Breen
Directed By:
Garry A. Brown
Our Rating:

S.H.I.E.L.D. and Rosalind’s team race to be the first to get to Lincoln, who has been publicly exposed and is on the run. Hunter steps into a brutal fight club in order to get closer to Ward and Hydra, and Jemma finds it difficult to readjust to her old life.

S.H.I.E.L.D.'s HUNT FOR THE INHUMANS PUTS THEM IN THE CROSSHAIRS OF DIRECTOR COULSON'S NEW RIVAL, ON "MARVEL'S AGENTS OF S.H.I.E.L.D." ON ABC

"A Wanted (Inhu)man" - Daisy, Mack and Coulson race to protect Lincoln as Rosalind's team hunts down the Inhuman in their quest for powered people. Meanwhile, Hunter proves that there is no line that he will not cross to exact his revenge against Ward and Hydra, on "Marvel's Agents of S.H.I.E.L.D.," TUESDAY, OCTOBER 13 (9:00-10:00 p.m., ET) on the ABC Television Network.