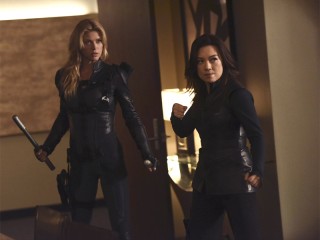 While Coulson pushes the ATCU director to allow him access to her facility, he and Daisy begin to suspect their new allies are hiding something big. While Andrew recovers from his near-death experience, May pushes Bobbie back into the field to go after Ward and Hydra.