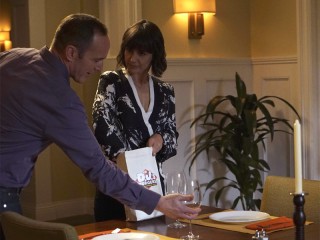 Written By:
Brent Fletcher
Directed By:
Kate Woods
Our Rating:

A new attack from Ward leaves the team reeling, and Coulson leaves Mac in charge in order to lead an off-books mission to settle the score. Meanwhile Hydra leads Fitz and Simmons into a trap in hopes of retrieving something from the planet on the other end of the ancient portal.