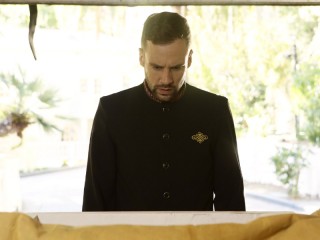 Written By:
Craig Titley
Directed By:
John Terlesky
Our Rating:

Coulson and General Talbot head to an international symposium on Inhumans, where the team works to determine if any other countries have ties to Malick and Hydra. Back home, Fitz and Simmons discover a potential “cure” for Terrigenesis.

COULSON COMES FACE TO FACE WITH A SHOCKING TRAITOR, ON "MARVEL'S AGENTS OF S.H.I.E.L.D."

"The Inside Man" - Coulson and General Talbot are forced to team up and attend a worldwide symposium on Inhumans, where they suspect Malick has an inside man. As the S.H.I.E.L.D. team gets closer to the truth, an unexpected traitor is revealed, on "Marvel's Agents of S.H.I.E.L.D.," TUESDAY, MARCH 15 (9:00-10:00 p.m. EDT) on the ABC Television Network.