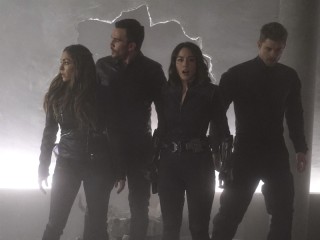 Written By:
DJ Doyle
Directed By:
Elodie Keene
Our Rating:

After the Secret Warriors unite to rescue their friends from Hydra, they are slowly pulled apart by the discovery that Hive may have turned one of them into a sleeper spy.

SECRET WARRIORS ASSEMBLE, ON "MARVEL'S AGENTS OF S.H.I.E.L.D." ON ABC

"The Team" - Agent Daisy Johnson must call upon the Secret Warriors for an inaugural mission that will leave no member unscathed, and S.H.I.E.L.D. learns more about Hive's powers, forcing them to question everyone they trust, on "Marvel's Agents of S.H.I.E.L.D.," TUESDAY, APRIL 19 (9:00-10:00 p.m. EDT), on the ABC Television Network.