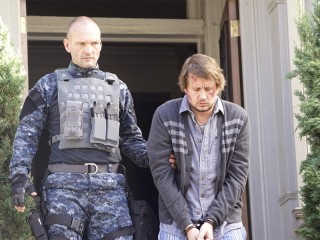 Written By:
Paul Zbszewski
Directed By:
Ron Underwood
Our Rating:

Rosalind and Coulson turn their fragile new alliance toward catching Lash, the monstrous Inhuman who is hunting and killing other Inhumans — leading Daisy and Mack to the author of a computer virus. May finally reports in, worried about Hunter’s mission to infiltrate Ward’s Hydra operation.

S.H.I.E.L.D. RELUCTANTLY TEAMS UP WITH THEIR RIVALS AS THEY HUNT FOR INHUMANS, ON "MARVEL'S AGENTS OF S.H.I.E.L.D." ON ABC

"Devils You Know" - Having reluctantly agreed to share information with Rosalind and the ATCU, Coulson and the team go in search for the Inhuman who is killing off other Inhumans, and May feels that Hunter's mission to take down Ward is getting too personal, on "Marvel's Agents of S.H.I.E.L.D.," TUESDAY, OCTOBER 20 (9:00-10:00 p.m., ET) on the ABC Television Network.