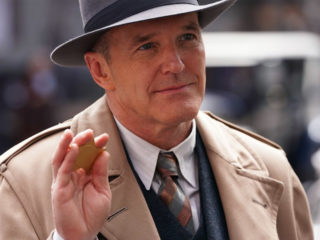 Written By:
George Kitson
Directed By:
Kevin Tancharoen
Our Rating:

Stranded in New York City in 1931, L.M.D. Coulson and the S.H.I.E.L.D. team go undercover on the ground to stop the Chronicoms from changing the past and preventing S.H.I.E.L.D. from ever being formed.

IT'S ABOUT RIPPLES, NOT WAVES, IN THE TIME-TWISTING SEASON SEVEN PREMIERE OF ABC'S 'MARVEL'S AGENTS OF S.H.I.E.L.D.,' WEDNESDAY, MAY 27

"The New Deal" - Coulson and the Agents of S.H.I.E.L.D. are thrust backward in time and stranded in 1931 New York City. With the all-new Zephyr set to time-jump at any moment, the team must hurry to find out exactly what happened. If they fail, it would mean disaster for the past, present and future of the world on the rip-roaring season premiere of "Marvel's Agents of S.H.I.E.L.D.," airing WEDNESDAY, MAY 27 (10:00 - 11:00 p.m. EDT), on ABC. (TV-14, LV) Episodes can also be viewed the next day on demand and on Hulu.

"The New Deal" was written by George Kitson and directed by Kevin Tancharoen.