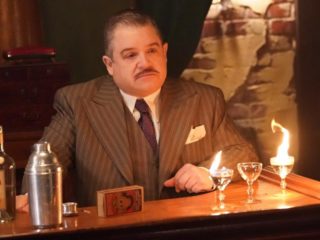 Written By:
Craig Titley
Directed By:
Eric Laneuville
Our Rating:

Mack and Deke are tasked with protecting a young bootlegger being targeted by the Chronicoms, though he will later play a role in creating Hydra. Enoch must tangle with Agent May after she wakes up early, and not entirely herself.

"Know Your Onions" - With the identity of the timeline-unraveling "thread" revealed, the team's mission to protect him at all costs leads each agent to question their own values. Is preserving the future of the world as they know it worth the destruction they could prevent? Find out on an all-new episode of "Marvel's Agents of S.H.I.E.L.D." airing WEDNESDAY, JUNE 3 (10:00-11:00 p.m. EDT), on ABC. (TV-14, V) Episodes can also be viewed the next day on demand and on Hulu.

"Know Your Onions" was written by Craig Titley and directed by Eric Laneuville.