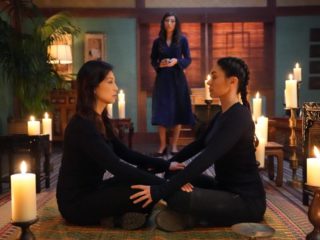 With the Zephyr’s time drive malfunctioning the team is forced to consider abandoning ship, while May takes Yo-Yo to Jiaying in hopes that their old adversary can help to restore her powers.

"After, Before" - With the Zephyr's time drive malfunctioning, the team is quite literally hurling toward disaster and Yo-Yo may be their only hope. The only problem? To get her powers back, she'll need to enlist the help of an old adversary and revisit part of her past long hidden away, on "Marvel's Agents of S.H.I.E.L.D.," WEDNESDAY, JULY 15 (10:00-11:00 p.m. EDT), on ABC. (TV-14, DLV) Episodes can also be viewed the next day on demand and on Hulu.

"After, Before" was written by James C. Oliver and Sharla Oliver, and directed by Eli Gonda.