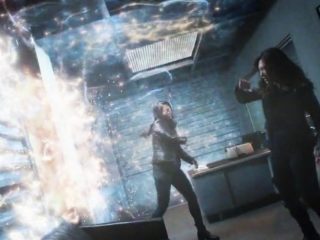 Written By:
Chris Freyer
Directed By:
Keith Potter
Our Rating:

Malick hijacks the Zephyr and kidnaps Simmons, hoping to force her to lead him to Fitz. Kora offers to join S.H.I.E.L.D. in remaking the new timeline, and Daisy goes rogue to try and beat Sibyl’s algorithm.

IT'S TIME TO GET UNPREDICTABLE, ON THE PENULTIMATE EPISODE OF 'MARVEL'S AGENTS OF S.H.I.E.L.D.,' WEDNESDAY, AUG. 5

"Brand New Day" - With the help of Kora on the inside, Sibyl and Nathanial continue their fight to shape a dark new future for S.H.I.E.L.D., managing to stay one step ahead of the agents along the way. If the team is going to turn this one around, they'll have to get creative, and maybe even a little out of this world, on the penultimate episode of "Marvel's Agents of S.H.I.E.L.D.," airing WEDNESDAY, AUG. 5 (10:00 - 11:00 p.m. EDT), on ABC. (TV-14, V) Episodes can also be viewed the next day on demand and on Hulu.

"Brand New Day" is written by Chris Freyer and directed by Keith Potter.