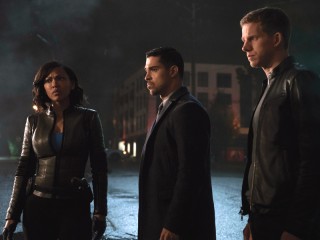 Written By:
Lana Cho
Directed By:
Adam Kane
Our Rating:

A suspicious Blake joins Dash and Vega as they investigate a restaurant on the Southside, a hotbed for criminals where Dash believes a murder will take place, and where they find a courier mixed up in criminal activity.

BLAKE'S SUSPICION OF VEGA AND DASH HEATS UP ON AN ALL-NEW "MINORITY REPORT" MONDAY, NOVEMBER 16, ON FOX