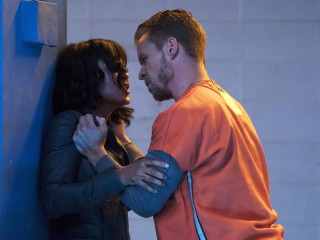 Written By:
Shalisha Francis
Directed By:
David Straiton
Our Rating:

Dash and Vega discover that Vega herself is the victim in Dash’s latest vision, leading them to a cold case involving her father and forcing them to mine Arthur and Dash’s long-buried memories for a clue.

THE PAST BECOMES THE PRESENT IN THE FUTURE ON AN ALL-NEW "MINORITY REPORT" MONDAY, OCTOBER 19, ON FOX

After Dash and Vega realize that Vega is the victim in Dash's latest vision, they team up with someone who played a key role in the murder of Vega's father many years ago. Meanwhile, Arthur digs further into his and his siblings' memories in the all-new "The Present" episode of MINORITY REPORT airing Monday, Oct. 19 (9:00-10:00 PM ET/PT) on FOX. (REP-105) (TV-14 L, V)