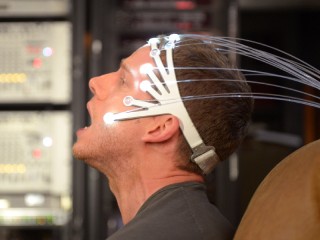 Written By:
Kevin Falls
Directed By:
Allan Arkush
Our Rating:

Vega brings Dash into the fold as a civilian analyst when a new police monitoring program called Hawk-Eye goes online. Dash’s latest vision leads them to a hot-tempered man who has already been flagged by Hawk-Eye, and Agatha manipulates a desperate neighbor to her own ends.

THE EYES OF THE FUTURE ARE REVEALED ON AN ALL-NEW "MINORITY REPORT" MONDAY, OCTOBER 5, ON FOX

With the initiation of Hawk-Eye, a new police program monitoring suspicious behavior, Vega seeks help from Akeela to get Dash in as the new program analyst. Meanwhile, Vega and Dash begin to suspect that Arthur may have a bigger plan up his sleeve in the all-new "Hawk-Eye" episode of MINORITY REPORT airing Monday, Oct. 5 (9:00-10:00 PM ET/PT) on FOX. (REP-103) (TV-14 D, L, V)