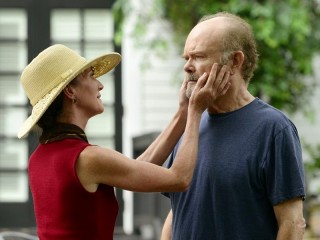 Written By:
Aaron Zelman
Directed By:
Christopher Misiano
Our Rating:

Bellamy is unsure who he can trust after he awakens on the outskirts of Arcadia, with only scattered memories of the past week. Fred’s downward spiral is made worse by the return of his mother Margaret, the Langston family matriarch, dead more than three decades.

BELLAMY FACES A SHOCKING TURN OF EVENTS AND THE TOWN WELCOMES ANOTHER RETURNED, ON THE SEASON PREMIERE OF "RESURRECTION," SUNDAY, SEPTEMBER 28 ON ABC

"Revelation" - Bellamy awakens alone and abandoned at Arcadia's outskirts, missing a week of his life. As his memory returns, he has a shocking revelation. Meanwhile, Arcadia welcomes one more returned, Margaret Langston (guest star Michelle Fairley), the powerful matriarch of the Langston family, dead for over three decades, on the season premiere of "Resurrection," SUNDAY, SEPTEMBER 28 (9:00-10:01 p.m., ET) on the ABC Television Network.