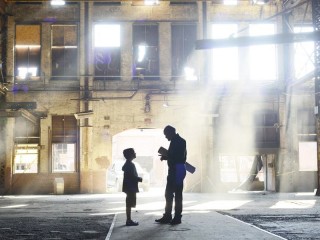 Written By:
Stephanie SenGupta
Directed By:
Christopher Misiano
Our Rating:

Now desperately ill, Bellamy reaches out to his government contact for help — leading to revelations about his past and his family. Margaret’s family members confront her about Barbara’s disappearance, and Henry receives an offer from a newcomer.

DESPERATELY ILL, BELLAMY TURNS TO AN UNEXPECTED SOURCE AND AFTER ANOTHER RETURNED DISAPPEARS, THE LIVING LOOK FOR ANSWERS, ON ABC'S "RESURRECTION"

"Afflictions" - Bellamy, now desperately ill himself, turns to an unexpected source, his shadowy government contact (guest star Donna Murphy) for help and ends up with a shocking revelation about his past. And after another returned disappears into thin air like Caleb Richards, the living look for answers. A newcomer to Arcadia (guest star Kyle Secor) makes Henry a tantalizing offer, on "Resurrection," SUNDAY, NOVEMBER 2 (9:00-10:01 p.m. ET) on the ABC Television Network.