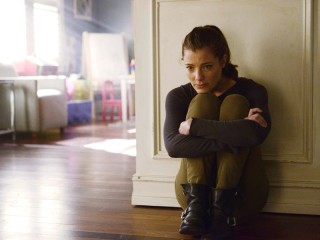 Written By:
Steve Cwik
Directed By:
Kevin Dowling
Our Rating:

The town attempts to cope with the death of a beloved member of the community, while Rachael feels trapped by Janine. Maggie hopes to have found a cure for the virus, and Henry learns the truth about his mother’s involvement in the factory fire so many years ago.

ARCADIANS MOURN THE LOSS OF ONE OF THEIR OWN, AND BELLAMY AND MAGGIE TURN TO AN UNEXPECTED SOURCE FOR HELP, ON ABC'S "RESURRECTION"

"Aftermath" - Arcadians mourn the loss of a beloved member of the community. The stem cells from Rachael's baby do provide the cure for the virus, but when Rachael suddenly goes missing, Bellamy and Maggie turn to an unexpected source for help. Henry learns the truth about Margaret and his family's role in the factory fire, on "Resurrection," SUNDAY, DECEMBER 7 (9:00-10:01 p.m. ET) on the ABC Television Network.