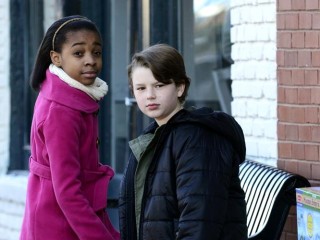 Written By:
Pat Charles
Directed By:
Vincent Misiano
Our Rating:

Suspicious of Preacher James and his motives, Bellamy warns him not to take advantage of the people of Arcadia. Meanwhile Margaret arrives at a government facility for the returned and finds that her reputation precedes her, and another tragedy befalls the Langston family.

WITH THE LANGSTON FAMILY ALREADY FRACTURED, THEY GET DEALT ANOTHER DEVASTATING BLOW, ON ABC'S "RESURRECTION"

"True Believer" - The return of Preacher James brings an ominous new energy to the town, especially for Bellamy who seems to have a strange and unnerving connection to him. Now a detainee at the government facility, Margaret keeps to herself but her reputation precedes her and the other returned definitely take notice. Then the unthinkable happens to Henry which shakes everybody's faith to their core, on "Resurrection," SUNDAY, JANUARY 11 (9:01-10:01 p.m. ET) on the ABC Television Network.