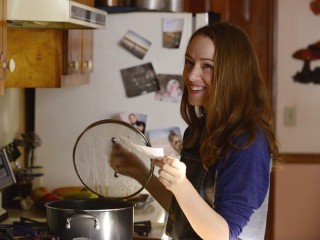 A mysterious illness hits the town, but only the Returned are infected. When Barbara tries to reconnect with Maggie and Fred, Margaret tries to interfere.

MARGARET PROVES SHE'S A FORCE TO BE RECKONED WITH JUST AS ANOTHER FORCE SWEEPS THROUGH TOWN IN THE FORM OF A MYSTERIOUS VIRUS, ON ABC'S "RESURRECTION"

"Will" - Barbara makes strides in mending her relationship with Fred and Maggie, which only incites Margaret to step up her tactics to stop this. Bellamy's situation grows more precarious as he struggles to keep his secret from Maggie, while dealing with a strange illness that is spreading amongst the returned leading Bellamy to make some desperate measures, on "Resurrection," SUNDAY, OCTOBER 26 (9:00-10:01 p.m. ET) on the ABC Television Network.