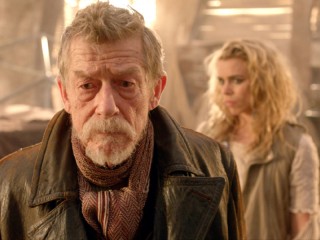 Last week was the week of the Doctor on BBC and BBC America, with lots of Doctor Who special events airing ahead of Saturday’s big, worldwide debut of the venerable show’s 50th anniversary special. And in the Ratings Race it was a big pay-off for the U.S. broadcaster, coming in as the highest rated telecast ever for BBC America.

Once Upon A Time, Grimm, and The Originals took last week off and did not air new episodes.

Here are all the numbers for the week of November 18:

The Doctor Who 50th anniversary special “The Day of the Doctor” was the big winner on cable this week, drawing record ratings for BBC America. This 2.4 million was for the global simulcast — airing outside of prime time and in the middle of a Saturday afternoon. The episode re-aired Saturday at 7/6c, and picked up another 1.2 million for a Live + Same Day total of 3.6 million viewers.

The series premiere of the BBC fantasy drama Atlantis probably could have benefited from a prime time debut of Doctor Who. The show drew only 838,000 viewers and a 0.2 rating in the demo — but for BBC America (relatively new to the original series market) that was good enough for a Saturday premiere record and a quick renewal for Season Two. 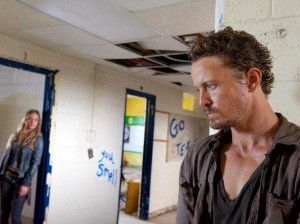 On The CW The Vampire Diaries eeked out a win over Arrow for the first time this season. Meanwhile, Supernatural took a hit and The Originals took a week off.

Almost Human took a hit in its second night, with numbers that will look more realistic for Mondays at 8/7c. (The previous episode was not only the series premiere, but aired on Sunday after NFL football.)

Finally, we’re happy to see Revolution wrap up its fall season on an up note. The ratings probably aren’t enough to keep it on center stage for much longer, but hopefully the show still has life and can weather the mid-season hiatus. Just — please, NBC — don’t make it as abominably long as it was last year.