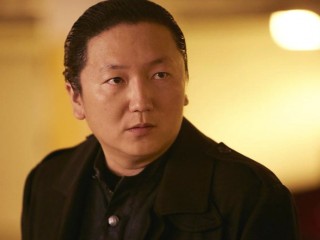 Noah and Hiro return to the tragic day one year ago in Odessa, where Mohinder Suresh has received a warning from Angela Petrelli about an impending extinction event and Erica Kravid’s plans. Luke and Joanne come to Odessa in the hope of finding help for their son, and Noah makes a shocking discovery about Claire’s final fate.

HEROES FROM THE PAST COME TOGETHER TO SAVE THE FUTURE

In an effort to get answers, Noah Bennet (Jack Coleman) joins forces with Hiro Nakamura (guest star Masi Oka) to return to the day of the tragic events of June 13, 2014 that set everything in motion. On the verge of delivering a speech to commemorate the event, Mohinder Suresh (guest star Sendhill Ramamurthy) receives a dire message from Angela Petrelli (guest star Cristine Rose) about Erica Kravid's (Rya Khilstedt) true motives. In Japan, Hachiro Otomo (guest star Hiro Kanagawa) makes a calculated move against Hiro Nakamura. Meanwhile, a much happier Luke (Zachary Levi) and Joanne (Judi Shekoni) come to Odessa in hopes of finding a cure to their son's ailment. Robbie Kay also stars.