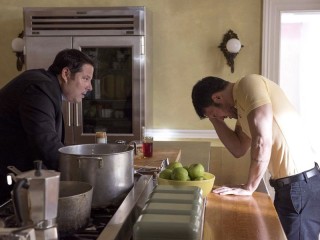 Carlos and Dearing infiltrate Sunstone Manor, where Renautas is collecting Evos they can exploit — including Carlos’ young nephew. Taylor makes contact with an underground movement, and Joanna threatens Emily to get to Tommy — whose mother has revealed his true identity to him.

THE CLOCK IS TICKING IN THE RACE TO SAVE HUMANITY

Noah (Jack Coleman) is on the hunt for Tommy (Robbie Kay) to reveal his past to him and guide him on his destiny to stop a catastrophic event. Taylor's (guest star Eve Harlow) discoveries about her mother, Erica Kravid (Rya Khilstedt), leads to her capture by an underground group. Erica escalates her search for Tommy and Malina (Danika Yarosh) as the race to finalize her dangerous plans intensifies. Elsewhere, Emily (Gatlin Green) has an unexpected reunion with Joanne (Judi Shekoni). Meanwhile, Dearing leads Carlos closer to finding his kidnapped nephew and Luke (Zachary Levi) and Malina are separated in a violent encounter. Henry Zebrowkski also stars. Cle Bennett and Krista Bridges also guest star.