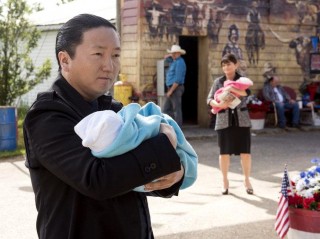 After the devastation in Texas Angela and Hiro embark on a long-term plan to save the world through two Evo children. Hachiro Otomo undermines Erica’s plans by creating a backdoor into Evernow, while Quentin confronts Erica about his missing sister. Meanwhile, Joanne and Luke turn their grief into a hatred for Evos.

WORLDS COLLIDE AS THE FIGHT FOR THE FUTURE TAKES SURPRISING TURNS