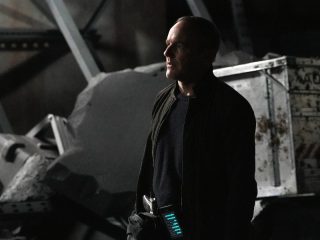 The team discovers a dimensional rift deep below their new headquarters, threatening them with their worst nightmares — and forcing Coulson to come clean about his secret.

"The Real Deal" - In the milestone 100th episode, Coulson finally reveals the mysterious deal he made with Ghost Rider, which will impact everyone on the S.H.I.E.L.D. team, on "Marvel's Agents of S.H.I.E.L.D.," FRIDAY, MARCH 9 (9:01-10:01 p.m. EST), on The ABC Television Network, streaming and on demand.