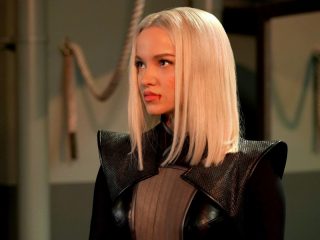 Written By:
Mark Leitner
Directed By:
Salli Richardson-Whitfield
Our Rating:

Simmons and Yo-Yo attempt to convince Mack to release Fitz from confinement. Coulson tries to influence Creel, who has become a subject in Hale’s Gravitonium experiments — while Daisy attempts to get through to a despondent Robin.

"Inside Voices" - Coulson is forced to team up with surprising allies to save the world, while the S.H.I.E.L.D. team attempts to track down and rescue him, on "Marvel's Agents of S.H.I.E.L.D.," FRIDAY, APRIL 6 (9:01-10:01 p.m. EDT), on The ABC Television Network, streaming and on demand.